Oh, How I Long For A Good Scouting Ceremony

Oh, How I Long
For A Good Scouting Ceremony

When I was a Scoutmaster, I did the best I could to fill our Courts of Honor with appropriate, fun, and patriotic ceremonies that showed Scout Spirit.  For the most part, they went pretty well.  But, as with many things, there is much that we, as adults, can learn from our Scouts.  We had just come back from our annual summer camp at Camp Maple Dell in Payson Canyon, Utah.  Our Senior Patrol Leader and his Patrol Leaders had planned a nice Court of Honor for the parents – and, at 6:59 p.m. I sat in our Scout Room with all the parents – AND NOT ONE SCOUT IN SIGHT!  Needless to say, I was nervous and wondering where they all were.  I was about to get up out of my chair and go to investigate when suddenly, right at 6:59 and 30 seconds, I heard them marching down the hall toward the Scout Room, single file, by patrol and singing one of the Scout songs we learned at summer camp.  Right at 7:00 p.m., to my relief and to the amazement of their parents, they filed into the room, took their places, finished their song, and then went right into the Opening and Flag Ceremony. Nothing – I repeat – NOTHING I could do in the way of ceremony could have outclassed what those young men did that evening to start the Court of Honor – on their own and without their Scoutmaster even knowing their plan. How proud I was of them!

In the years since that Court of Honor, I have been to hundreds of Courts of Honor, Scouting administrative meetings, troop and patrol meetings, and other Scouting (and community) events where ceremony was meant to be a critical part – but where the utilitarian attitude of “reduce and simplify” has often gone too far and caused us to “git ‘er done and git home” – rather than take a few precious minutes and help the participants have a memorable and life-changing experience.

I think there has never been a time when we have a better opportunity for a “Return to Ceremonies” in Scouting than now.  We are aching to get back to normal gathering amid the pandemic and, with the current spiking throughout the world of COVID cases, we are still working to gather in appropriate ways. In addition, Scouting is seeing a new awakening. This is especially true in Scouting for Latter-day Saints – where Scouts, families, and registered leaders are making a conscious decision to be “still Scouting” – not because it is the program of the Church, but because they want to continue their Scouting adventure, in addition to their activity in the new program for Children and Youth. 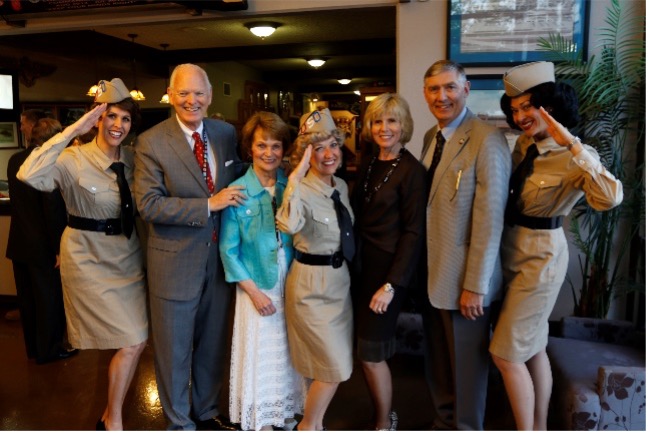 May I offer a few suggestions for Courts of Honor, troop and patrol meetings, Scouting administrative meetings, parents meetings, and other Scouting gatherings that will help them be particularly meaningful to the recipients – including Scout, Scouting family, and leader alike:

The charge this month to those of us who are responsible for conducting a Scouting meeting in the final months of 2021 – do all we can to improve the quality of the ceremony in that meeting, using the suggestions listed above. If you are holding a council executive meeting or a troop committee meeting (even by Zoom), you might include a short Scouting video clip and a youth-led and well-planned flag ceremony before turning to the business of the day. If you are holding a Court of Honor, make it the best ever by using your youth to plan and implement the recommendations listed above.  And when you involve your youth in the planning, you will often find that they have even better ideas to making your Courts of Honor and troop and patrol meetings even more special and memorable.  Good luck and Good Scouting!