“I think of Lord Baden-Powell, and those who teach and live the principles he advocated. Who can measure the far-reaching effect on human lives of the Scout Oath? Impossible of calculation is the result for good when men and boys observe the Scout Law: trustworthy, loyal, helpful, friendly, courteous, kind, obedient, cheerful, thrifty, brave, clean, and reverent.” ~ President Thomas S. Monson, May 2002 Ensign 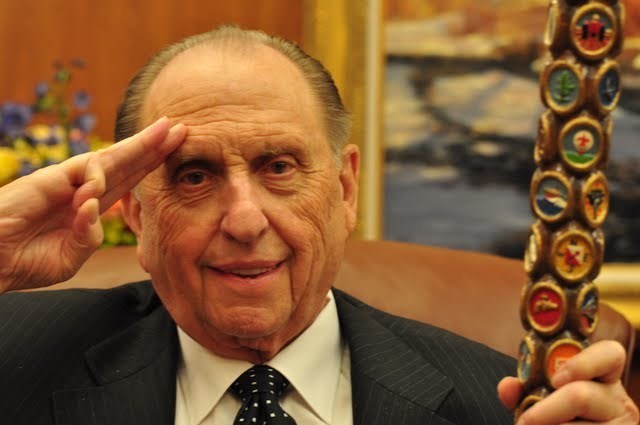 Below is a brief timeline of Scouting highlights from his life. 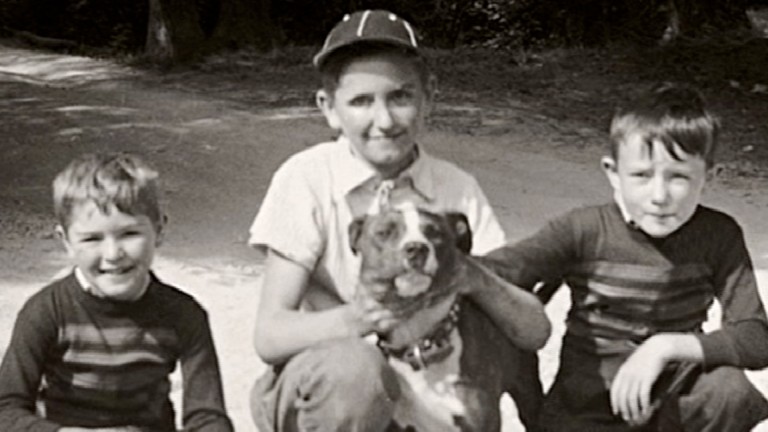 *As a Young Boy Scout ~ President Monson recalled his own boyhood Scouting experiences in a 2010 video, (“President Monson Speaks on Scouting”), including “eating ice cream at winter camp even when the Scouts were freezing, and learning about patience and kindness through the example of his Scoutmaster, who had only one leg.” Read more here.

*May 1963 ~ Called as an Apostle of The Church of Jesus Christ of Latter-day Saints. That same summer the Priesthood Leadership Conference on Scouting was initiated at Philmont Scout Ranch. According to the Philmont syllabus, the goal was to “continue on a yearly basis until all stake presidents from the nation have attended.” There were 400 stakes in the Church at that time. The final Priesthood Leadership conference at Philmont was held in the summer of 2017, shortly before President Monson passed away. The 54-year span of LDS Philmont conferences coincided with President Monson’s service as a general authority.

*May 1969 ~ Appointed a member of the BSA National Executive Board, replacing Elder Ezra Taft Benson. President Monson faithfully attended Board meetings and National Annual Meetings through 2011.

*1988 ~ During April general conference pays tribute to Lord Robert Baden-Powell and the overall influence of the Scouting program. Read his talk here.

*1991 ~ During October general conference speaks about the values of Scouting in building boys and preparing them for priesthood service. Read more here.

*1995 ~ During an August trip to Europe with Sister Monson, he thanks the Swedish King, Carl XVI Gustaf, for his commitment to Scouting. As noted in the November 1995 Ensign, “President Monson turned to the king and expressed his appreciation for His Majesty’s strong support of Scouting. He also mentioned the royal couple’s interest in families. As he spoke, two Boy Scouts presented a bronze casting of Dennis Smith’s sculpture, The First Step, showing a mother helping a young daughter take her first step toward her father.” Read more here.

*May 29, 2003 ~ Speaks at the BSA National Annual Meeting’s Duty to God Breakfast in Philadelphia and admonishes, “We have been measuring our fellowmen more by balance sheets and less by moral standards. We have developed frightening physical power and fallen into pathetic spiritual weakness. We have become so concerned over the growth of our earning capacity that we have neglected the growth of our character . . . America truly does need you and me to lead out in a mighty crusade of righteousness.” Read more here.

*2006 ~ Speaks at the Las Vegas Motor Speedway to hundreds of Scouts and leaders from the Las Vegas, Nevada area.

*2010 ~ Pays tribute to Scouting leaders during the centennial of Scouting through a video message. Watch here.

*2013 ~ The Thomas S. Monson Award is introduced at the 2013 National Scout Jamboree

*2013 ~ On October 29, during the A Century of Honor production, National President Wayne Perry presents The Honor Medal and announces the Thomas S. Monson Leadership Excellence Complex to be built at the Summit Bechtel Reserve in West Virginia. An estimated two million people view the proceedings.

*2015 ~ BSA National bylaws are altered slightly to grant President Monson lifetime membership status on the National Board. Elder Jeffrey R. Holland is appointed to the Board and takes an active role. Read more here.

*October 2016 ~ The Thomas S. Monson Lodge of the Great Salt Lake Council is dedicated at the Hinckley Scout Ranch by President Henry B. Eyring. A video message from President Monson is shared during the event, and his original Scouting awards are on display in the lodge. Read more here.

*January 2, 2018 ~ President Monson passes away at his home in Salt Lake City, Utah.